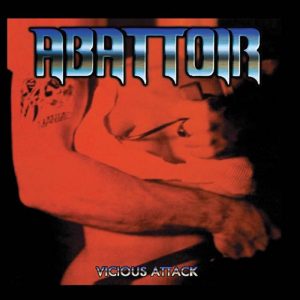 So, here’s another reissue of this ultimate US speed metal classic. It’s marking the 30th anniversary of this masterpiece, but actually it’s not very different from the previous CD versions we know, like for example the Century Media edition released at the end of the ’90s. But as that pressing is already hard to find, it’s good that the Marquee folks decided to bring this monster back. There’s an eight-page booklet with pictures and lyrics, no bonus tracks, but hey, it’s the music that is most important, right? And in this case we are talking about absolute metal classics, forged in fire of the ’80s, by guys from bands such as Agent Steel and Evildead. The opening track alone is already worth the album’s price, and we have six more classics here, plus the ‘Ace Of Spades’ cover (alright, we’d all prefer one more Abattoir classic instead). It’s a must-have for every serious ’80s metal maniac!