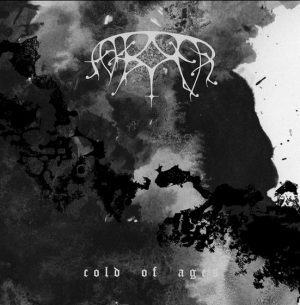 “What? CD?? Sell-outs!” You can just hear the reaction of the kvlter-than-thou brigade decrying Ash Borer’s latest moves; not only working with a label that is distributed but on a silver beermat? Giving the album a proper title as well. Tsk, tsk. Such naysayers can rest assured that not only is a vinyl pressing is on the way, but Ash Borer’s interaction with the outside world has not come at the expense of a series disco remixes and ‘Cold’ finds them at their darkest. Veering into The Cure circa ‘Faith’ territory at times to bolster the preposing bleakness and adding in guest vocals courtesy of Jessica from Worm Of Ouroboros, Ash Borer may be spreading their wings yet the underlying searing and ultra-fast black metal that brought them to prominence in 2009 proffers an icy harshness that, although viscerally raw, entangles everything in its path.