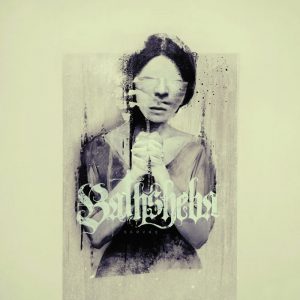 Svart Records snapped up Bathsheba upon hearing their demo ‘MMXIV’ back in 2014. Since then the band have gone on to release an EP, ‘The Sleepless Gods’, and now their first full-length album, ‘Servus’. Listening to the Belgian four-piece it’s easy to see why Svart were so keen to have them on board; while they may fall under the category of occult rock, they’re bringing so much more to the table than bell sleeves, pan flutes and incense. ‘Servus’ is an intense listening experience that incorporates a dark and gripping sense of dread mixed with oppressive, almost sludgy moments to intensify the atmosphere. The dynamic of the instrumentals change frequently, allowing vocalist Michelle (formerly of Death Penalty) to make full use of her range – undulating between dreamy ethereal chants, dulcet toned clean vocals and a powerful, almost growled register. It is rare that a doom release can shoehorn so much variation into just over 40 minutes, however, Bathsheba make it look effortless and will undoubtedly be the first band of this ilk, since The Devil’s Blood, to get listeners genuinely excited by the genre. A wickedly dark and imaginative album that shines a spotlight on the slightly less frilly, pretentious side of occult rock.