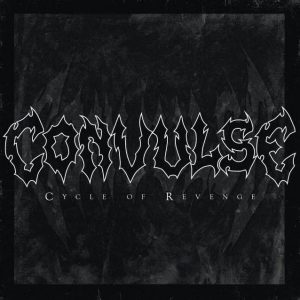 Rami Jämsä and Convulse have thrown out another curveball with this new album (and fourth full-length overall) but this is not the first time these unpredictable Finns have done so; they followed up their straight-ahead death metal debut ‘World Without God’ with the groove-laden, quirky, hard rockin’ ‘Reflections’ in 1994, which definitely had more than a bit of influence from fellow finns Xysma in its delivery and sound.

So what can you expect from this latest album? There is the groove of Xysma, which collides head on with the folk metal of Amorphis but there’s also more than a nod to ’70s prog rock. This album is sure to polarise opinions and cause some distain amongst the die-hard fans of their more straight-forward death metal recordings but anyone who likes the eclectic ‘Reflections’ should get into this new material with ease.

The vocals are still low, gruff and growled and make an interesting contrast to the diverse music styles on offer. This album almost sounds like an unreleased Amorphis album, minus the clean vocals in parts, such are the striking similarities to the mid-’90s period of that band.

‘Cycle Of Revenge’ might lack the death metal aggression of 2013 comeback album ‘Evil Prevails’ but what it most definitely doesn’t lack is hooks that will embed themselves into you within the first couple of listens. A multi-faceted grower of an album that oozes with freakish Finnish flair and flamboyance.