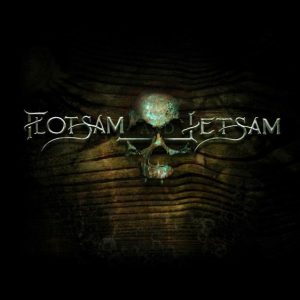 It was more than two years ago that the Phoenix thrash metal combo Flotsam And Jetsam decided to re-record their much-loved second studio album ‘No Place For Disgrace’ – a decision that was met with excitement but also a fair amount of scepticism by the band’s loyal fan base. Regardless to which side of the fence one chose to stand on this one, you are bound to discover that the said exercise was proven quite beneficial for the quintet, as suggested by the 12 compositions that put together for ‘Flotsam And Jetsam’.

Rather than trying to revisit past glories, but clearly influenced by the passion and energy which characterised their earliest material, the US thrashers have released an album that features the best elements from every period in the band’s long career. ‘Seven Seal’, ‘L.O.T.D’ and ‘Forbidden Territories’ will undoubtedly appeal to fans of old-school thrash fan while the most daring amongst you will certainly appreciate the interesting times signatures in ‘Creeper’. As far as the title of a stand-out track is concerned one can hardly deny the aptly-named ‘Iron Maiden’, such an accolade with ‘Life Is A Mess’ coming second best.

Flotsam And Jetsam are clearly marking a new course for their musical future – a future that, following the release of this killer album, looks very promising indeed.