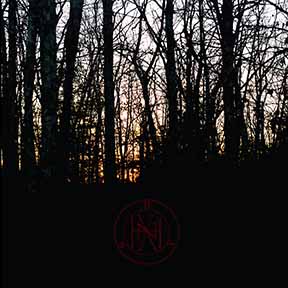 Formed in 2000 and releasing six demos since, it’s been a long time coming for this debut album by Haxen, a USBM mob from Rhode Island. Apparently they are hardly known outside their immediate locale where they have built things up from a duo to the band they are today, including members from acts such as Ash Pool, Churchburn, I Destroyer and the intriguingly named Football Rabbit.

Raw, rough and rugged is the name of the game here and one can only wonder how gnarly they must have been back in the early demo days on the strength of this weltering, filthy black barrage. Vocalist Barbarian certainly lives up to his name yelling, spluttering and hollering out his parts over an obtuse and Neanderthal drum work out and scything guitars from Executioner and Plague (you have to titter).

At first the primitivism and hammer and nails onslaught does little to engage and sounds as generic as many a band yet to develop, let alone one going as long as this. There’s some bestial fury amidst it all, the enthusiasm at least making up for lack of subtlety. About halfway through though they take foot off peddle and atmospherically engage at last with elongated doom-laden riffs that are depressively hypnotic.

Finally having got under the skin they prove they have some good ideas and building on them could finally spark an interest.