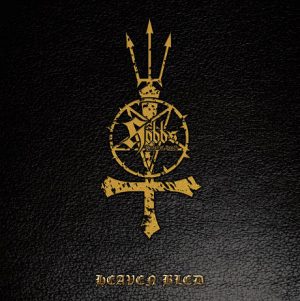 It’s been more than 20 years since the latest studio offering from the veteran Aussie thrash band, and it’s amazing to hear that despite being a ripe 55, Peter Hobbs is still unleashing the fury. Backed by the rhythm section of the Italian band Violentor, and with Simon Wizen (Ondskapt, Valkyrja) taking care of the lead guitars, Hobbs have recorded a very solid and aggressive thrash album, lurking more than often into more extreme styles that make Slayer, even in their early days, sound like a mainstream pop band.

The production is filthily perfect with all instruments scything through the flesh, while actually sounding ‘modern’ without jarring, a feat often got so, so wrong. This is certainly due to the fact that the album had to be recorded no less than three times to get the sound right… Practice makes perfect!

Hobbs dips into death metal here and there, as well as adding some Swedish black metal riffs (maybe Simon’s touch?). It took a while for ‘Heaven Bled’ to get released, but the wait was definitely worth it as this is 2016’s crowning thrash moment so far.