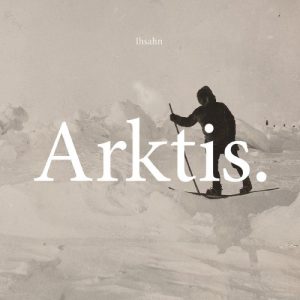 Former Emperor front man Ihsahn’s debut solo effort was titled, appropriately enough, ‘The Adversary’. Released in 2006, the “adversarial” metaphor resonates through to the present: as a composer the Adversary/Ihsahn wears myriad guises. ‘Arktis’, his sixth full-length, which translates to “Arctic”, beautifully displays his talents as a multi-faceted and forward-thinking composer of continually shape-shifting, extremely personal music. This is summed up in the penultimate track, ‘Celestial Violence’ by the evocative and profound line: “Sing…And celebrate the chaos of this canvas that is night…”
This concept is important and central to Ihsahn’s compositional methodology: every song poses as a boundless canvas for him to explore; to celebrate the cathartic creative process. Actually, if you can wrap your head around this fantastical idea, each song on ‘Arktis’ could, theoretically speaking, spawn an entire album. The album produces a balance of amazement and bewilderment due to the multiple movements of varying elements within each respective song. The black metal-infused opener ‘Disassembled’ stands in stark contrast to the electronic pop styling of ‘South Wind’, which stands in stark contrast to the ‘80s rock guitar-driven ‘Until I Too Dissolve’, which, yes, stands in stark contrast to the smooth, narcotic jazz-influenced ‘Crooked Red Line’.
Those general descriptions deal with the predominant opening theme, but those themes could change – and do – without warning, which makes for a challenging, and ultimately, rewarding listen. As divergent as the presentation seems, the manner in which these various compositional elements are structured fuses into an absorbing, triumphant whole. ‘Arktis’ deals with isolation, the unknown and man struggling against nature in elements that are not conducive to survival, and Ihsahn proves himself to be an accomplished, colourful and passionate storyteller.