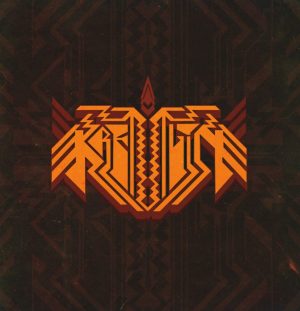 Founded in 2015, Kremlin are one of Svart Records’ newest additions, and the Helsinki four-piece attempt to take listeners on an intergalactic cruise with their self-titled debut. Bluesy vocals accompany steady bass rhythms, heady guitar riffs and crashing percussion. The use of a variation analog circuitry provides a fuzzy, spaced out vibe that makes for one hell of a trip. ‘Ghost Flyers’ gets the record off to a high octane start with an up tempo pace and hard rocking stoner grooves, however, this isn’t an album that’s strictly party central. Songs such as ‘Waiting for You’ and ‘World is Coming Down’ are much more methodical in their playing style, taking on a wistful tone that matches the morose nature of the lyrical subject matter. It’s refreshing to see a stoner band that aren’t a one trick pony – no severe pedal distortion or galloping riffs to be heard, just a diverse collection of songs that make for a genuinely thoughtfully executed album and an intriguing listen; it will be interesting to see what the band are able to produce as a follow up. Kick back, relax and drop out of life with the latest Kremlin record in hand.