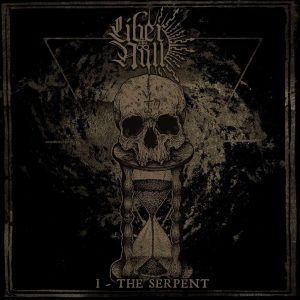 Not much is known about this band, except that this is yet another group involving Gionata Potenti, the Italian drummer who has already recorded with about 40 different extreme bands (seriously!). Liber Null is promoted as being in the vein or Marduk and Watain, and while there are indeed a dose of Morgan-esque riffs, or some vocals reminding of Mr Danielsson, let’s stop the comparison with those two bands right there.

Liber Null actually mixes a breadth of different black metal influences, from dark arpeggios to more mystic-oriental lines, to fast/brutal riffs and more melodic swathes. The tracks are long, but Liber Null use of samples and playing with atmospheres to keep you hooked.

But all in all, while none of these ingredients are bad, the whole album sounds like a batch of ideas thrown too quickly together without thinking much about unity or ‘catchiness’ (yes, when you have that much melody, you should be a bit ‘catchy’), and the ’90s production doesn’t help much either…

Another album that’s neither polished nor a turd, but one should focus on bands using the same ingredients with more success (hint: any of the others Gionata plays or played in).