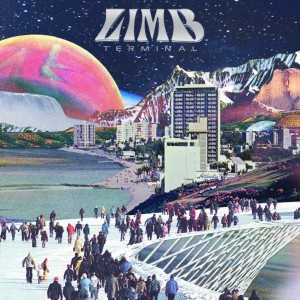 London four-piece, Limb, have taken long strides in the last year. Not only have they parted ways with drummer Jodie Wyatt and taken Tom Mowforth (ex-Uncle Acid) on board to wield sticks, but they also paired up with extreme metal producer Russ Russell for ‘Terminal’ – an unusual choice when you consider his past clients include Napalm Death, Dimmu Borgir and Evile. This odd pairing has worked in the band’s favour, however; while last year’s album saw Limb take a stripped down, almost primitive approach to their music, ‘Terminal’ is a massive slab of stoner dirges. The up-tempo, dirty sounding riffs are partnered with a heady fuzz and low slung basslines. Rob Hoey’s vocals manage to pack a powerful punch while refraining from screaming and staying coherent throughout every song. Partnering monstrous sound with a blues-laden danceable groove they’ve carved out their own niche within the scene and proven that they’re more than one trick ponies.