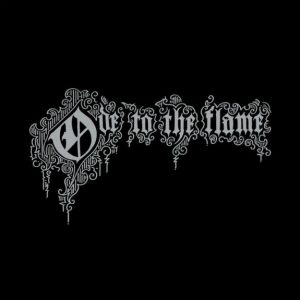 Previously signed to Svart, who released their debut ‘Death By Burning’, this dynamic German duo have been snapped up by Nuclear Blast for the release of sophomore effort ‘Ode To The Flame’. Despite being signed to a major label, Mantar have retained all of their DIY ethic and rough and ready sound from their first release. The only thing that’s changed is that the songs are now tighter – they’ve gotten a firm grip on the punk rock, black metal and sludge influences that they encompass so and it all flows seamlessly throughout each song.

Despite the instrumental limitations they have (drums and a guitar), they’re a band who are genuinely not afraid to try anything and it makes for some genuinely interesting songwriting. Without any creative boundaries, ‘Ode To The Flame’ traverses every cornerstone that metal has to offer, from groove-laden rock ‘n’ roll to angsty vitriolic hardcore. What’s more, this is catchy as heck so listen with caution – tracks such as ‘Carnal Rising’, ‘Praise The Plague’ and ‘Era Borealis’ will burrow their way into your skull and make it their summer house.

Mantar have a rare ability to be able to straddle the line between dark and sinister and music that you can genuinely move your body to – imagine a halfway point between Midnight and Black Tusk, or better yet, Young And In The Way doing their own interpretations of Blink 182 songs. This is morbid and this is heavy, but it’s the most fun you’ll have had listening to heavy metal for a long time.