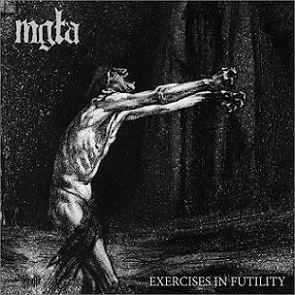 Exploding out of the Polish scene and into the wider underground consciousness with 2012’s ‘With Heart’s Toward’s None’, MGLA rapidly found themselves at the forefront of a new wave of aggressive, muscular black metal that has reinvigorated extreme metal in recent years. The problem with a band creating such a quintessential piece of work is that the chatter of infinite internet forums invariably leads towards “what next?”. The good news with ‘Exercises In Futility’ is that MGLA have maintained the level of quality they established in 2012, whilst not being afraid to step away from that album’s template and out of the shadow of it’s impact. ‘Exercises…’ is an evolution in MGLA’s sound. The trademark combination of melody and ferocity is still present, but there’s a underpinning of progression and experimentation that serves to keep things interesting. The new direction is most perfectly exemplified by closing track ‘VI’, which at eight minutes long has plenty of time to expand in a number of different directions, before contracting back into a tight, punchy refrain that closes out the album and calls for immediate repeat play. This is a flawless album thats impact will be felt for a long time to come.