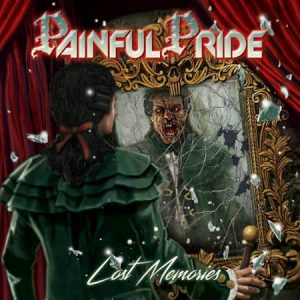 We may have something of a record here – in 1986, fresh-faced Swedish metal upstarts released their first demo; in 2017, they have finally got round to releasing their debut album. Three-plus decades is some time to hone a record to perfection! Of course, that’s being somewhat facetious but nevertheless, it’s an eyebrow-raising stat and begs the question – what has tempted the five-piece to step back into the limelight after all this time?

Well, a rollicking selection of songs might be one answer – if the band felt they simply had to get this material out of their systems then their instincts have been proved correct as this is a seriously infectious, well-composed brace of high-energy metal anthems. The choruses are pure ear-candy – the belting harmonies of ‘A Thousand Lies’, ‘Into The Fire’s infectious, galloping refrain, the neon-drenched urban swagger of ‘Somewhere’ and the rousing epic conclusion of the title track, the band’s knack for a hook is unquestionable.

Add to that the tangible energy of the performances and the sterling musicianship, it’s enough to let the cynic in you forgive the suspicion of an over-zealous application of autotune on Peter Ljungqvist’s silky vox. And hope that reference to Queensryche’s ‘Suite Sister Mary’ at the start of ‘Heal Me’ is intentional. All quibbles aside, ‘Lost Memories’ is a sterling set of hook-heavy classic metal tunes and seemingly worth the not-inconsiderable wait.