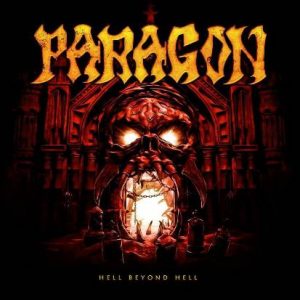 Power metal has long been associated with central Europe and the rabid fans that live and breathe by it. It’s never quite been as much of a hit on our shores, but the bands who play within the genre are as dedicated now as they day they formed. Hamburg’s Paragon, on their eleventh album in a career spanning nearly 26 years have re-joined forces with old label Remedy Records, which may have had an influence on the material as this is the band’s heaviest work yet.

‘Rising Forces’ and ‘Hypnotized’ kick off the album with a furious vigour as Andreas Babushkin’s UDO-esque vocals wail over every meaty riff. The Accept and Hell comparisons aren’t easy to move away from, but die-hard Paragon fans will know exactly what to expect with metal ballads and horn throwing epics. Prepare your cloak and mount your beast and bask in ten tracks of pure power metal fury.