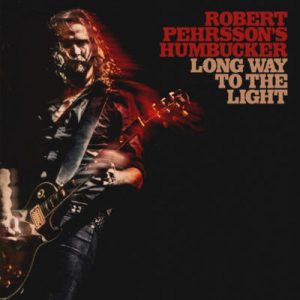 Death Breath vocalist/guitarist Robert Pehrsson teams up with his old bandmate Nicke Andersson, who plays drums on this sophomore album to create some hook-filled upbeat energetic classic hard rock. There’s a definite Thin Lizzy influence running through the backbone of this album with some very tasty guitar harmonies sprinkled throughout the tracks played with finesse. These are seasoned with the smooth and dulcet tones of Robert, who has really come into his own as a vocalist, sounding cool but commanding and never sounding forced. Then there’s Nicke’s drumming, which really spices things up as he rocks and rolls around the kit in his own unique style, with some nifty tom-work but never overplaying, keeping things driving along at a good foot-tapping pace with his signature percussive prowess.

The production is warm and organic and reeks of the old analog recording days but it is also punchy and powerful, each instrument cutting through the mix perfectly, making for a very sharp overall sound.

This is an album that takes it’s musical cues from the past but brings the old classic rock sound into the current musical era. It doesn’t sound like some desperate retro band who wish they’d just stepped out of a portal from the ’70s. Robert and his bandmates put a modern spin on an old sound and formula, much like what The Hellacopters have done throughout their career. But, whereas that band took their cues from ’60s garage rock greats this album pays tribute to the hard rock greats of the decade after, bands that used twin harmonies and injected a good dose of foot-stomping tempos, catchy choruses and memorable riffing. A Royally Rockin’ Record!