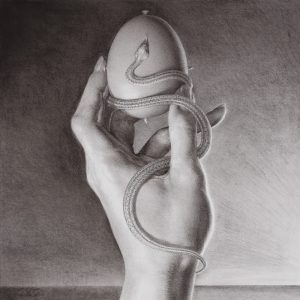 Sabbath Assembly’s fifth release marks something of a rebirth for these zealots, their previous four records written around the hymns of the Process Church of the Final Judgement, a religious order prevalent in the ‘60s and ‘70s, renown for worshipping both Christ and Satan. Retaining the subject matter, and the occultist, classic rock vibe, this is the first time the band have written an album comprised entirely of original material, and it shows. Strongest when at their most esoteric, ‘Risen From Below’s strong introduction focusses around a primal drum pattern, vocalist Jamie Myers melodramatically evocative in her role as High Priestess, but the clumsy transition into raw, trad riffing is jarring. There are however spitefully rhythmic redeeming moments throughout, guitarist Kevin Hufnagel’s leads soar, and ‘Ave Satanas’ moments of hushed reverence are spine-tingling. Their efforts to strike the balance between worship and bombast become increasingly accomplished as the album progresses, but more refinement of their dark craft is required.