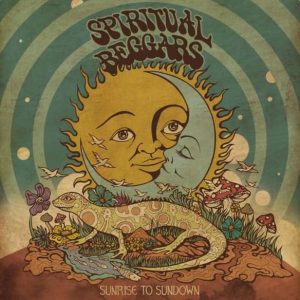 On their ninth full-length, Michael Amott’s (Arch Enemy, Carcass) ’70s-inspired rock ‘n’ roll band have taken a few cues from the band’s riff-oriented past, but continue to look to the future. Stripping right back on the fuzzy, stoner-rock grit of 2013’s ‘Earth Blues’, the band conjure ‘Burn’-era Deep Purple, helped along by singer Apollo Papathanasio sounding eerily like a young Dave Coverdale.

Amott’s guitar work brings a slightly darker edge to the band than present on previous releases, while the rhythm section of Ludwig Witt and Sharlee D’Angelo – topped off by Per Wiberg’s Hammond organ vamping – keeps the sound from straying too far away from their established vibe.

While casual listeners might not quite be on board with the less traditional structures that crop up across the record, there’s enough catchy hooks by way of tunes like ‘What Doesn’t Kill You’ and ‘Still Hunter’ to pull in a few new fans. Amott has spent a good portion of his career surprising his followers – ‘Sunrise To Sundown’ is no exception.