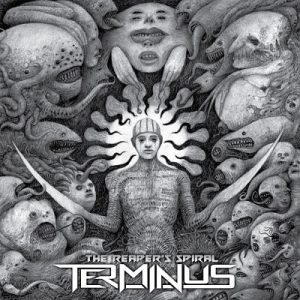 So, this scribe’s best album of 2015 comes from Northern Ireland and it makes you raise your fist to the sky. Lyrically, it is (mainly) based around Isaac Asimov stories. Lyrics become images through inspired compositions that create an outstanding result that separates Terminus from all those other NWOBHM-era revival bands out there. Terminus is closer to bands like Isen Torr and classic ’80s legions like Omen and they deliver high quality heavy metal with epic mood and confidence. It is more than obvious that the band spent a tremendous amount of time working on these songs with each member practicing his part meticulously. From the clear stentorian vocal delivery to the massive rhythm section, the epic riffing, dual guitars and leads, to the wise and well-arranged production, everything works perfectly for those who seek the essence of underground heavy metal beyond hype. From a band that plays by its own rules and following a personal path, songs like ‘Poseidon’s Children’ and ‘Fortress Titan’ are what’s missing from today’s heavy metal music. Back to basics but at the same time, fresh, with a personal identity, a lot of energy and being epic without the usual Sword & Sorcery references. ‘The Reaper’s Spiral’ cracks the sky!