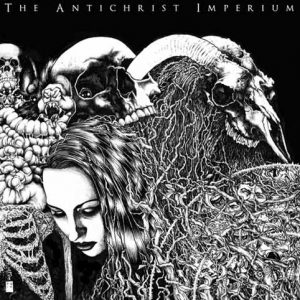 Luckily for those that like a bit of distinguished perversion with their Satanism, ex-Akercocke members Matt Wilcock and David Gray have reunited following the 2012 split of their former (tweed) outfit, with The Antichrist Imperium, resurrecting and reworking unused material from the Akercocke album that never was and taking it in a new, yet instantly familiar direction, mating devastating blastbeats and classic thrash riffs with the seductively blasphemous. The various influences at work sound distinct without ever sounding disparate, working because of the love lavished upon the individual elements of inspiration and the vehemence with which they’re combined. The winding, progressive mysticisms of ‘Elegy’ lead to the energetic riffing of ‘The Spiritual Rapist’, only for its exuberance to be auto-erotically asphyxiated by the blast fuckery of ‘Desecrated Remains’. It’s quite the ride, and despite a few missteps in the songwriting, The Antichrist Imperium will satisfy a slew of Akercocke’s old lovers whilst seducing a slew of new victims.