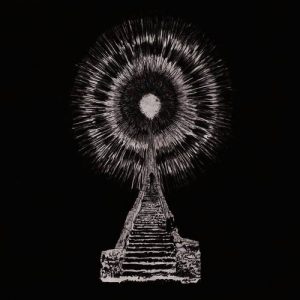 The first full-length That Wounded Kings have released since Sharie Neyland departed the band and George Birch assumed his former vocal duties, ‘Visions In Bone’ sees the four-piece back on fine form. Having had time to adjust with a string of live performances and the release of EP ‘Curse Of Chains’ has no doubt helped the band find their groove again, however, this fifth full-length is possibly the most solid their composition has ever sounded.

Their dark and psychedelic doom metal has shrugged off the murky production quality in favour of crisp, clear cut precision and, although the music loses some of its ominous foreboding, it’s all for the better as every riff sounds that little bit more precise and every drum beat more audible. There are definitive nods to Cathedral in the slow and ponderous guitar work, and ‘Vultures’ allows for George to really let loose with his vocal range, making use of some impressive crooning that ebbs alongside tectonic shifts of instrumentals.

At a little over 45 minutes, this is an album that doesn’t outstay its welcome; it says what it needs to in a concise fashion and, because of this, your attention will never wander or wane. The Wounded Kings have accomplished what many modern doom bands could only dream of; they’ve cracked the formula to the perfect “tune low, play slow opus” – and managed to do it with only five songs. Listen loud – every track is worth your undivided attention.