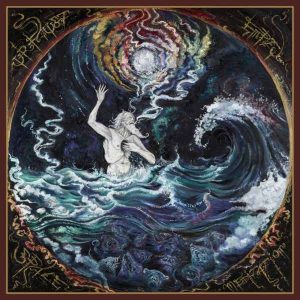 Unlike most of those within the murky confines of the black metal underground, I have remained steadfastly unconvinced by my encounters with Urfaust to date. Yes, I can almost see the splutterings of outrage at computer monitors up and down the land but two guys doling out lo-fi Burzum worship and overextended ambient under the guise of some sort of occult ritualistic ‘magick’ has resolutely failed to inspire thus far.

Until now. Yep, with ‘Empty Space Meditation’, the Dutch duo have finally turned this writer round – if not quite into a fanatic then at least into a supporter. Okay, so the record starts with five minutes of wasted time in the form of yet more ambient (please lads, stop) but then we’re into some genuine quality.

The production is at once suitably organic and warm, lending real depth to the their sparse, atmospheric and wounded form of black metal. Eerie synths swirl around the two-chord assault of ‘Meditatum II’ with IX’s clean vocals in particular demonstrating much more depth and control. The real highlight is ‘Meditatum III’, a slower, shifting piece with a real sense of propulsive ebb and flow.

So, they have a convert. Looking forward to the next one.