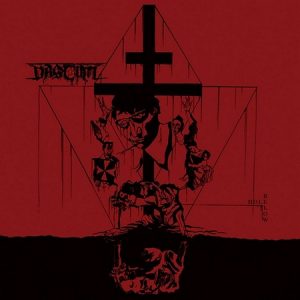 After two killer albums reeking of old-school death metal, and having Autopsy influences proudly displayed on their leather-clad sleeves, California’s Vastum will surprise you with ‘Hole Below’. While this is still death metal, this sounds like a whole new band. While the previous albums had songs, in the traditional sense, ‘Hole Below’ feels like a chasm you’re being thrown headfirst into. Don’t look for brutality and speed here, but for darkness. This experience is as pitch as a cave, no light and full of strange creatures, or psychopaths! Reinforced by a very audible bass and some psalm-like vocals vomiting pain and despair, ‘Hole Below’ is a creepy and claustrophobic album, in the vein of Emptiness or Axis Of Perdition (in different styles though)… Maybe the title of the album is a coincidence, but this could have been a good soundtrack for ‘As Above, So Below’!