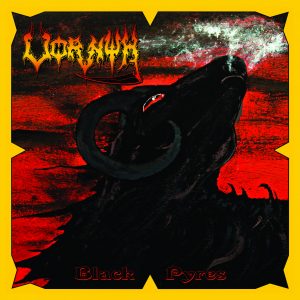 Coming from the depths of the Swedish underground since the early 2000s, Vornth offer their second sacrifice after their debut album three years ago. ‘Black Pyres’ sounds like an album inspired by ’80s German thrash metal and bands like Kreator, Sodom and Destruction, but also brings to mind contemporary maniacs like Nifelheim and Deathhammer.

While listening to ‘Black Pyres’ you can feel the fire of the band and that we are dealing with fans who know what they want to create and don’t give a damn about trends. What you get here is blackened thrash metal in the vein of the olde. Besides the bombastic fist-pounding songs and banging savagery, there is also ‘Grave Of The Living’, a great doom-proto-black metal ritualistic anthem, with an atmosphere that combines the aura of Mercyful Fate and Hellhammer.

Ragged, raw and frantic, ‘Black Pyres’ won’t change the world, but for damn sure it will make you shake your head, raise your fist and get few more beers down ya.