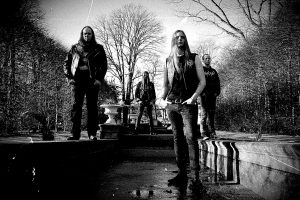 “I think it isn’t to deny that somehow we threw those two song titles together,” Laurent laughs. “But I think it’s a good band name, since it is nothing complicated. It gets stuck in one’s head easily. ‘Altars Of Madness’ is an all-time favourite for the whole band. It’s an amazing album that easily beats the aggression and madness of many later recorded black metal albums… It simply is and … Read More