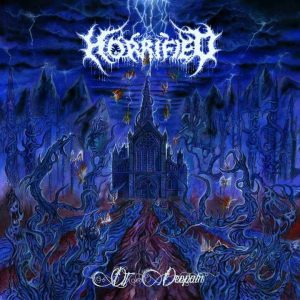 You have just recorded your second album, what can the readers expect from it? “It’s dynamic, melodic and ripping death metal which is equally as savage as it’s emotionally involving. The earlier material for Horrified was wrote when I was quite younger, I think as we grow up our musical taste also evolves and changes, which was one element which inspired the evolution on this album. I also wanted to make the album a lot more impactful. “Edge Of Sanity has been my favourite band for a long time, so melodic death metal has always been one of my favourite styles, this just seemed to … Read More