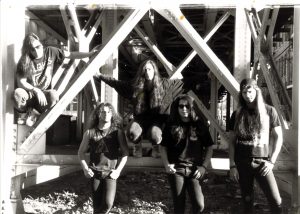 One such band, revered from the release of their debut demo in 1987 to this very day, to the point that Century Media has pulled together a compilation of the band’s two demo recordings is Sindrome. Hailing from Chicago, Illinois, the band members already had a pedigree prior to … Read More