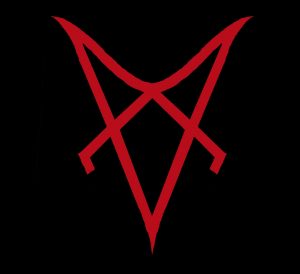 Rites of ascension… in a dream… a robed figure on top of a ziggurat of bones and skulls.

When I think about Vassafor I have a very specific image, are the bones covered in blood or bleached?

“Bleached. A faceless priest with an obsidian dagger, the idea is of sacrificial matter, an endless flow of victims, no feeling for them. Just meat for the ravenous maw, endlessly devouring.”

You have mentioned that sometimes New Zealand felt like a cage, please elaborate?
“New Zealand is not conducive to playing metal, still. Growing up in Auckland during the ’70s and ’80s wasn’t great, we were very remote from the rest of the planet. Earliest musical memories were a mixture of my Grandmother playing Beethoven, Chopin and Shostakovich on piano, but no fucking Mendelssohn! And then Mum and her friends playing Black Sabbath and Santana. It also provided me with a lifelong hatred for Pink Floyd and the fucking Eagles. I grew up in a very mixed area, which broadened my mind due to the different cultures I was around. I guess why the ideas for songs like ‘Makutu’ come out naturally. We’re very lucky in NZ with our esoteric landscape. Might is Right! Between Kerry Bolton and groups such as OSV, even ONA, NZ esoterrorism thrived.”

Yes, I remember as a teenager being very excited by the concept of sound magic, how did this inspire you?
“We were very fortunate to have access to a lot of books and manifestos. Various independent presses were based here. We had regular publications like Heretic and Nexus journals for example. Not just magic and musical articles but culture as well. Quite a few of us started moving in our own directions, as you’d hope via much of the philosophy of the time. Local traditions became far more interesting to me…”
There weren’t many NZ bands then, but there was diversity. And a good mix of the esoteric fuel to scorch the musical meat.
“The Vassafor symbol is a gate, when we’re on stage the goal is to have such a pure feeling that your trance evolves and the mind empties, you are filled with the essence of Vassafor, it enters and you are His vessel. In the beginning it was just like this for me, but Vassafor is growing stronger and the other members feel this possession.”

I take a sip of wine, one of us must have got up and turned over the record. I’m not sure how much time has passed. Phil’s eyes are now starting to slip in and out of focus; he is quiet for a long time then continues. He says, “energy and spirit form the shining ladder to unlock the gate for Vassafor to appear.”
I saw this for myself when I saw Vassafor play live in Berlin at about 4am. There was a brutal charge in the air lulling us all into a trance like quality. Vassafor live has very little interaction with the crowd, but we were acutely aware of the presence in the room and felt deeply connected.
From your long journey with Vassafor what special moment stands out in your mind?
“A great moment of triumph was actually getting to play that gig in Berlin [Nuclear War Now! Festival, 2012]. This was not a casual listening crowd. It was great to be received so warmly by people who hadn’t heard us before and by musicians I respect and who’s music I have at home.”
How did it feel to have the news that Storms Of Damnation [the concert in which Vassafor had been scheduled to play the day after NWN! Festival] had been cancelled right after your set with Blasphemy? That’s some high-charged shit?
“The whole thing with AntiFa was fucked. Yes, I’d literally just got off stage after Blasphemy. But this was just another challenge; so many people supported us it was a very humbling experience. The promoters of the gig never gave up. The owners of Blacklands supported us totally and gave us the chance to play that night instead. Our brothers in Tyrant’s Blood had their backline ready to go and between us all it ended triumphantly.”
It’s going to take a lot more than a bunch of soap dodging feral cunts to tame any of us!

We sit quietly for some time just dissolving into the 23 minute song; one of my favourite moments of ‘Obsidian Codex’.
“My memory is now a blank I know not one act of kindness from the world, the seed of life is rotten is now.”
Why did you decide not to include the lyrics?
“Because I didn’t want it to be easy. I wanted people to search for them, remember when we were young we didn’t have 12 page booklets and five colours of vinyl to choose from. All I wanted for this record was a simple gatefold and black vinyl.”
Like ‘Blood Fire Death’ right?
“Damn right!”
And what a beautiful bastard release this is. What is the final piece in ‘Nemesis’?
“It’s a formalised threat in the spirit of Titokowaru, an infamous Maori military leader/strategist who understood the role of psychological warfare in imposing Will upon foes.”

“A word to you my enemies, cease crossing my path, cease going on the roads which lead to my home. Lest you be left on the roads as food for the birds of the air and the beasts of the depths, or for me, because now I have begun to eat human flesh, my throat constantly craves for the flesh of man. I shall not die, I shall not die, when death itself is dead I shall be alive.
I shall live forever on the essence of your terror. With all these slain spirits as my slaves. These are my faithful words to you, to all throughout your many regions I end here the nemesis of all that lives.”
Thank you, Phil… yes the bones were white… bleached white

Excerpt from an article in Iron Fist #6