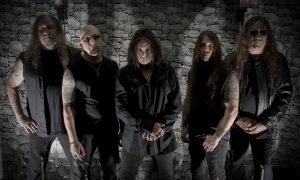 Hexx originally formed in 1983 (previously known as Paradox) are acknowledged as one of the most original metal acts to hail from the 1980s San Francisco Bay Area thrash scene.