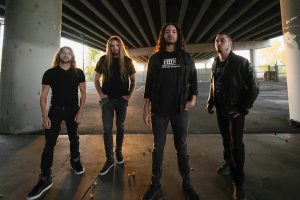 Havok will also return to the road in 2017 with extensive touring schedules in both North America and Europe. Expressing the band’s level of enthusiasm to bring their fans an even heavier and more energized live show than ever before, Sanchez states: “We can’t wait to perform some new music live and present a show that people won’t forget! Expect to see Havok like you’ve never seen before. We’re ready to destroy!”