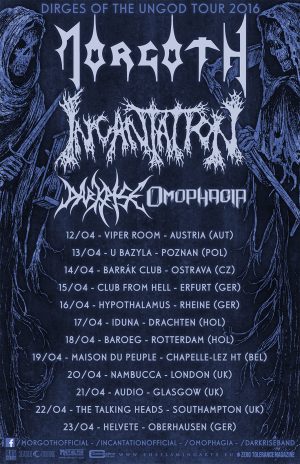 INCANTATION INTERVIEW: “IF YOU DO SOMETHING ONLY BECAUSE SOMEONE ASKED AND NOT BECAUSE YOUR HEART IS FULLY INTO IT THEN IT ENDS UP BEING HALF-ASSED” 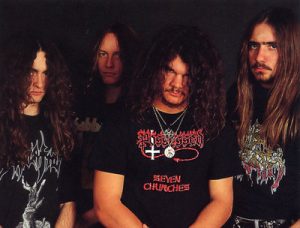 Don’t call John McEntee a legend. A simple “true fan” will do. The man may have been onboard the Starship Death Metal since day one and has survived to tell the tale, releasing few mighty classics along the way; but despite being in his 40s he still can rave on about his favourite metal albums or bands as if he first heard them yesterday, and he can still act the fanboy, giggling like a teenager when he reveals that last July, when Incantation played with Immolation in Belo Horizonte, he went straight up to former Sarcofago leader Wagner Antichrist who “was attempting to stay incognito at the show” so he could have his picture taken with him. And even over the phone you can still sense his excitement when mentioning “life-changing shows”, such as when Voivod and Kreator toured the US for the first time. Or when, in the fall of 1988, he did two shows in New York with Immolation and Morbid Angel. “Morbid had such a strong vibe… I mean, they were out for blood! Pete Sandoval had joined two months prior and their sound guy back then was Jon DePlachett from Necrovore so being able to pick … Read More