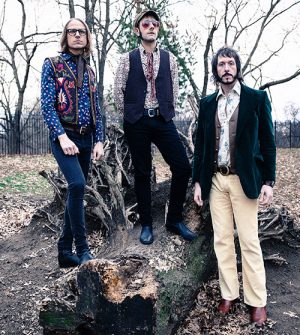 1. The Move – ‘Lookin On’ 1970 “It’s amazing how HEAVY The Move were! They were one of our main influences when we formed the group and are a constant inspiration to us. ‘Lookin On’ is filled with monstrous riffs, killer guitar harmonies and soaring powerful vocals, not to mention the Eastern-tinged psychedelic odyssey in 5/4 that closes out the tune.” Song of relevance: See It Through

2. Jefferson Airplane – ‘Today’ 1967 “It’s just a love song – which this group was surprisingly adept at – that is both gentle and powerful, with wonderful vocal harmonies and chord passages, particularly on the chorus and at the coda. But the clincher for me is that atmospheric two-note modal flourish that Jorma Kaukonen provides – so simple … Read More