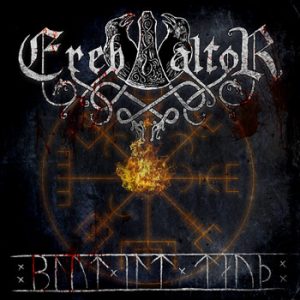 Mats from the band said: “During the years of Ereb Altor I have often been confronted with these words: ‘You should record some Bathory hymns!’. And recently this has happened more frequently, perhaps due to the fact that we at some rare occasions have done a Bathory song or two live. This has been haunting my mind. If we would do this, how should we do this? There is only one answer to that question: WE WILL DO IT FROM THE HEART! And for us it was also important to put our Ereb Altor touch on these magnificent works of Quorthon. The classic albums that I grew up with are closer to my heart than the post ‘Twilight Of The Gods’ albums. So we decided to do only songs from the classic albums. So many great songs to choose from! Let’s make a full album while we’re at it. So it shall be done! Our next release “Blot – Ilt – Taut” will contain seven Bathory hymns interpreted by Ereb Altor.”

1. A Fine Day To Die
2. Song To Hall Up High
3. Home Of Once Brave
4. The Return Of Darkness And Evil
5. Woman Of Dark Desires
6. Twilight Of The Gods
7. Blood Fire Death