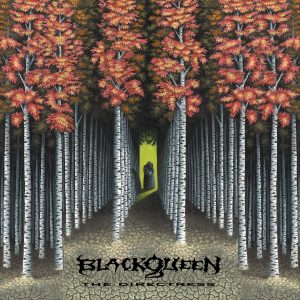 The brainchild of Assück’s original bassist Pete Jay, blackQueen was birthed in San Francisco in 1998. The band released a demo and an EP before taking a lengthy hiatus. 2015 sees the return of the self-proclaimed ‘witch metal’ pioneers with a permanent line-up as well as the release of their first full length ‘The Directress’. An array of guest vocals grace the tracks on this album, including appearances from Paul Pavlovich (Assück), Uta Plotkin (ex-Witch Mountain), Joy Von Spain (Eye Of Nix), and Wrest (Leviathan). The cognitive dissonance in the vocal styles of these artists can give the impression that this release is messy or disjointed. However, the musical styles on each song are as varied as the choral cameos and are tied together by samples of Italian horror movie soundtracks from the Giallo catalogue. Expect to hear everything from lacerating shrieks to clean and elegantly sung gothic numbers, all neatly blended to make for a dark and horrific but ultimately interesting listen.