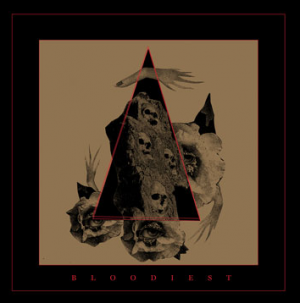 Described as one of the few forward-thinking bands of the modern era, Chicago’s Bloodiest have been handed the clichéd task of keeping the (post-)rock flame alive on their self-titled second album. Coupled with the fact this six-piece features the talents of Bruce Lamont (Yakuza and Corrections House) and is produced by Sanford Parker (Buried At Sea and Minsk et al), Bloodiest have a lot to live up to. Pounding tribal drums reminiscent of ‘Through Silver And Blood’ era Neurosis sit alongside syncopated guitars verging on stoner rock – vocals slither and serenade in a style that would sit perfectly on many a ’90s grunge album. When the band use the full scope of their orchestrated sound the effects are mesmerising; driving atmospheric post-rock elements blend with pianos, meandering tremolos and claustrophobic instrumentals. Dark passages build emotion that combines metal aggression with ritualistic repetition – Bloodiest write cinematic music without film.