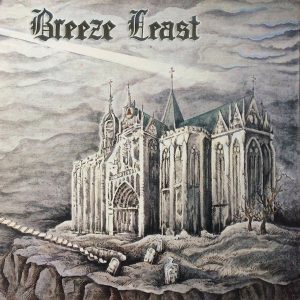 Well, that’s what you call the definition of obscure metal! Originally released back in 1986 on vinyl only, this is a pure underground classic from the land of the rising sun. We all know that Japan has a timeless love for anything neoclassical and Breeze Least deliver a vibe of evil (the early Mercyful Fate way) with the early Yngwie Malmsteen years. The atmosphere they weave creates a completely cult heavy metal offering, which sounds very original in the end.

Yes, there are Scorpions’esque melodic passages, like in the 12-minutes opus ‘Not The Hold’ and on the fantastically-named ‘Dolphin Tradition’, but this is something totally different. Breeze Least had a demo tape prior to this album and the same year (1986) a 7” single was also released, showcasing the non-album track ‘Dread To Death’ and after many years (2000) a private Breeze Least CD release appeared, under the name ‘Scream’. As usual, the weird Japanese accent is all over this album, but we like it!

‘Breeze Least’, ‘Gate Tower’ and ‘Damnation’ are underground future favourites that you should check out. Master tapes of these recordings are long gone, so do not expect a shiny production. Do not forget that you are walking in deep obscure paths, this time. The album is not available yet in physical format but Shadow Kingdom has it on bandcamp at the moment and you can get the digital download. Hopefully, someday master tapes will be located and we will have a proper re-release.