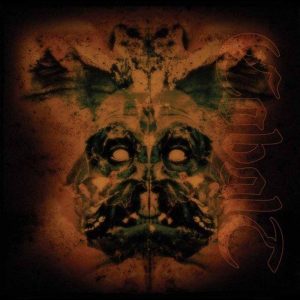 ‘Slow Forever’ is the fourth full-length under the Cobalt banner, and although there has been turmoil, namely the drama-laden departure of original member and vocalist Phil McSorley, this is arguably Cobalt’s most artistic effort to date.
This may rankle some hardliners, but Erik Wunder, the multi-talented multi-instrumentalist that provided the dynamic audio canvas upon which McSorley splattered his vitriol, picked up the pieces, boldly forged ahead, and in doing so, he, along with the freshly recruited, raw-throated Charlie Fell (ex-Lord Mantis), has meticulously crafted one of the best American black metal releases – ever – and at an epic 86 minutes, ‘Slow Forever’ equally exhausts and exhilarates.
The third track is titled ‘Ruiner’, and that should have been the album’s title, because ‘Slow Forever’ may “ruin” you forever: this album, this monument, is magical, magisterial, moody, mysterious, and singularly defines the term “evocative”. The fulcrum for this assessment is the wonderful juxtaposition of Wunder’s rich tones and varied textures against Fell’s agitated, feral, throat-ravaging screams; Wunder deftly builds tension be it through acoustic/electric means and compositional structure before Fell violently throws open the curtain to reveal the nightmares within. This interplay is best exemplified in the fantastic, multi-layered and sprawling 11-plus minute ‘King Rust’, which weds subtle Rust Belt Americana nuance with traditional black metal atonality to devastating effect.
With the exception of the instrumentals ‘Animal Law’, ‘Breath’ and ‘Iconoclast’, the latter featuring Ernest Hemingway’s 1954 Nobel Prize acceptance speech, ‘Slow Forever’s nine remaining compositions feature fluid shifts from the extreme and hellish to the ethereal and sublime and back. This is not only a tour de force, but an album for the ages that does not solely exist as an album – it exists as an emphatic statement of frank intimacy defined by its intricate poetry of violence summed up succinctly in the last line of ‘Elephant Graveyard’: “All you wanted was comfort/All you got were graves.”