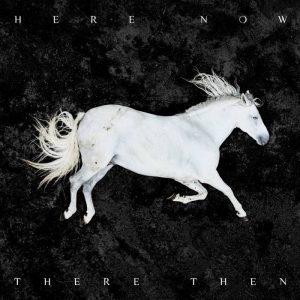 Elle Bandita aka Ryanne van Dorst is a well-known Dutch singer, guitarist and actress who has dabbled in various genres from punk to garage rock. Latest incarnation Dool sees her hooking up with the ex-bassist and drummer of the much missed Devil’s Blood and taking off to somewhat darker realms as the gloom of massive opening track ‘Vantablack’ attests. Having drawn us into a shadowy world like a moth to a flame the band lighten the load from moribund gothic sensibilities and take us on a ride through various moods and emotions, constantly shape-shifting through sound and sub-genre.

Flowing into psyche-rock territory imbibed with the spirit of the ’70s ‘Golden Serpents’ proves a complete carefree contrast with gorgeous poppy tones and melody which allows everyone involved to express themselves fully. Falling somewhere in between, the almost fairy-tale caress of ‘In Her Darkest Hour’ illustrates the bands reach which could be looked on as bridging the gap between past Dutch masters from Golden Earring to Orphanage. At first the eclectic nature of the eight tracks proves dense but pure enchantment and a natural grace soon makes this a new favourite discovery something those witnessing the band at Roadburn 2016 will no doubt agree with. Put them on your radar and you too could fall in love.