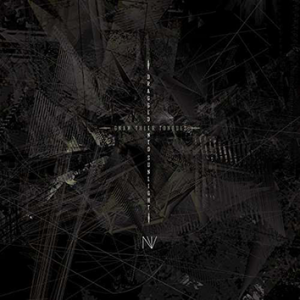 British extreme metal four-piece, Dragged Into Sunlight, and Dutch noise musician Maurice “Mories” de Jong’s solo project, Gnaw Their Tongues, are both defined by their ability to create tense atmospheres of horror and suspense, so this partnering is seemingly a match made in Heaven (or Hell, depending on how you choose to look at it). Working together, both acts have created a record that’s packing a wealth of sonic character. This partnership spanned across five years and yielded more than three hours of raw material; despite being stretched across time, distance and two different artists’ musical perspectives, ‘N.V.’ (‘Negative Volume’) actually sounds concise and streamlined. Justin Broadrick (Godflesh/Jesu) and Tom Dring (Corrupt Moral Altar) both had a hand in the production process, which goes lengths in explaining its massive sound. There’s one thing overshadowing the mind-altering haze of this album, however, and it’s impossible to look past. “That’s when my rape fantasies first started, when I was in college,” explains the late serial killer Michael Ross in opening track ‘Visceral Repulsion’, the rest of the songs are similarly littered with true-crime confession sound bytes. It’s understandable that both Dragged into Sunlight and Gnaw Their Tongues aim to shock, it’s what they’re known for, however, surely they could have let the music speak for itself without trampling on the memory of murder victims? As well as being a fierce representation of the musical talents of both acts, ‘N.V.’ proves that we have become increasingly desensitised over time and that actual murder is no different now from anything else we see from day to day and pay no mind to. A source of extreme auditory brutality, as well as a stark social awakening to how inhumane humanity has become in the 21st Century.