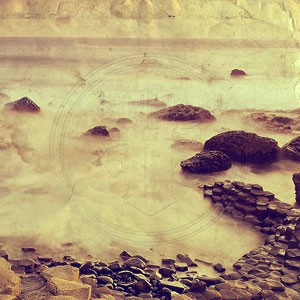 The band that Spin cited as being one of Henry Rollins’ top five favourite bands, Farflung are funnily enough now releasing an album entitled ‘5’. The space rock titans are ending an eight year gap between full-lengths, a time period which they filled with splits with the likes of White Hills, Fatso Jetson, 3 AM and Black Rainbows. It genuinely sounds as though the hiatus has enabled them to craft something that pushes their level and playing into further plateaus.

‘5’ is a far cry from the tonal effects of 2008’s ‘A Wound In Eternity’ and, despite this album taking only a matter of months to write, it’s some of the most complex song writing that Farflung have ever produced to date. Intricate arrangements of spaced out ambience and creeping oscillators set the atmosphere before the vocals and instrumentals explode forth create energetic feel good vibes throughout. If you’re a fan of Melvins or Ufomammut then this is well worth checking out, in fact you’d have to be bloody silly to let it pass you by.