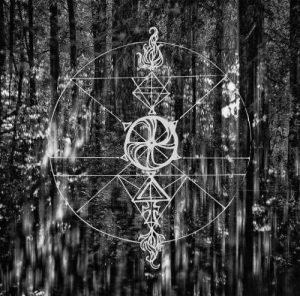 Aurora Borealis, Doomentia, then doing it themselves, Finnish drone/doom quartet, Horse Latitudes, have been through the mill with all of their albums, having jumped from label to label to release each one. Here’s hoping the fourth time is the charm and they find their forever home with Ritual Productions. As well as a change in label, fourth full-length ‘Primal Gnosis’ also sees a change in line-up for the Helsinki four; Antti Ronkainen has been brought into the studio to provide synths and noise, adding another dimension to their pre-existing slow and primitive power.

For those not in the know, Horse Latitudes or Subtropical High are subtropical latitudes between 30 and 35 degrees both north and south. This is a still and empty region. For example, the Sahara Desert in Africa – this should certainly give you an idea of the desolation you’ll hear when listening to this band; they certainly live up to their name. ‘Primal Gnosis’ is their longest release to date, having to be recorded across two sessions. It combines suffocating doom, black metal and a psychedelic sense of repetition in order to complete its deathly vision, and just to mess with your head even further they brought in David Terry of Bong to do a spoken word piece.

This release has all of the qualities of a stereotypical Horse Latitudes record, however, this time around they have genuinely stepped up their game by building upon their sound and expanding the dimensions it occupies. This makes for a genuinely trippy listen that puts the bang alongside the likes of Dark Buddha Rising in terms of Finnish drone that has the capacity to melt minds.