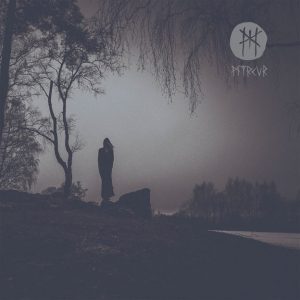 Leaving aside the infantile gender-based squabbling which accompanied the release of Myrkur‘s debut EP, ‘M’ is nevertheless an album suffering from an authenticity crisis. Leading with the colossal introduction ‘Skogen Skulle Do’, the album proceeds steadily downhill. Vacillating between note-for-note ‘Kvist’ and ‘Bergtatt’-era Ulver ‘tributes’ (the latter seemingly with Garm’s blessing giving his presence in the recording studio) and frigid, uninteresting ambient tracks, things rapidly become dull. The saving grace of ‘M’ is Myrkur’s evocative and haunting vocals which are consistently excellent. However, the other vocals fail to convince and the drums are often noticeably poor. ‘M’ ultimately feels rushed and unnecessary, a tent-pole product designed to reference various black metal tropes tick-box style without a sufficient understanding of the power behind the cliches. It’s important to note that this is a debut and there is significant talent at work, it will definitely be worth seeing what happens next.