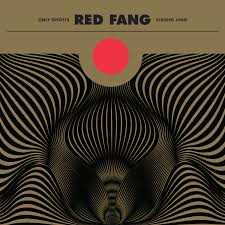 With the inclusion of Ross Robinson (Slipknot, Korn) and Joe Barresi (Clutch, Kyuss) in the production process, ‘Only Ghosts’ promises great things before you’ve even pressed play. This album isn’t as instantaneously gripping as previous releases and Red Fang’s overall dynamic has changed a lot – it takes a few spins to really ‘get’ what they’re trying to put across. It seems this is the record they’ve used to experiment – there’s a lot of complex atmospheres and subtle nuances at play – it’s kind of a bummer for those who are fans of the catchy Red Fang songs of old. However, it certainly makes for interesting listening and it’s almost like discovering the band for the first time all over again. This is entirely new territory for Red Fang and hints at a possible new direction for their sound – from big, dumb stoner fun, to multifaceted musical powerhouse. ‘Only Ghosts’ is a mixed bag – it’s not as accessible as previous releases and there’s the odd song that’s a little lacklustre, however, tracks such as ‘Living in Lye’ offer up a more progressive dimension to the band and their vision, and it’s exciting to see where they’ll let that take them.