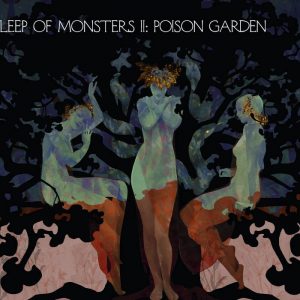 There were no shortage of tears shed when Finnish death rockers Babylon Whores called it a day after three excellent albums back in 2004. ‘Cold Heaven’ introduced us to the shiver inducing croons of singer Ike Vil, a vocalist who gave Ville Valo a serious run for his money in the gloom stakes. They left a lasting legacy and one that we thought we would never hear the likes of again. Then in 2012 along with members of Waltari, Blake and HIM themselves, the sleep was over and that monster voice was back once more.

Building upon the rapture of debut album ‘Produces Reason’ this is a poison that can’t be imbibed quickly enough as the band enrapture with a delirious salvo of self-described ‘Pre-raphaelite psychedelia’. Everything is warm and imminently catchy, crisp and compulsive in a way that embraces you back into its arms like a long lost lover. The high hitting choir of furies vocally joust with Vil’s rich tones and music moves from rocky paths to dusky trails never failing to bewitch.

Boosting it all up with arcane twists and turns, retro keyboard flourishes and even a brass section, every song tells a tale enriched with dark literary, folkloric, esoterica, drawing you into their heart as much as the music itself. Gorgeous, timeless and deadly as nightshade, once experienced this spell won’t be shaken off easily.