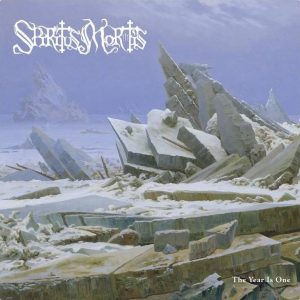 Finland’s “first doom band”, Spiritus Mortis have been around for almost three decades, yet ‘The Year Is One’ is only their fourth full-length album. That’s not to suggest the band have not been forthcoming with their output; their back catalogue encompasses a series of demos and splits that would make any hardcore doom fan weak at the knees.

This is not doom metal in the conventional sense – there are no plodding, glacially paced riffs to speak of – this is instead good, old fashioned heavy metal, the kind you’d be glad to see on a Live Evil line-up.

This is the second release that Sami Hynninen (better known as ‘Albert Witchfinder’) has lent his vocals to, now a permanent fixture within the band. Hynnien’s vocals soar from dizzying highs to guttural lows with power and conviction, against a backdrop of a chugging rhythm section, galloping riffs and frenzied guitar solos. While the dynamic is slightly more rock ‘n’ roll than before, the lyrical subject matter is still very much in keeping with their roots, covering everything from necrophilia to black magic.