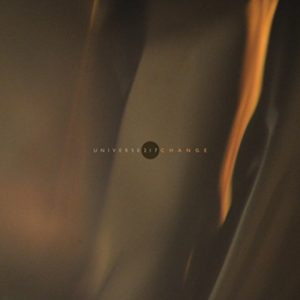 With this very ethereal cover, not so far from Skepticism’s ‘Aes’, and with the first few heavy notes (heavy as a gravestone falling on your feet) of ‘Undone’, it’s easy to imagine this Greek band as being yet another funeral-doom act. But as soon as Tanya Λεοντίου’s voice appears and the riffs change, it’s obvious that Universe217 is way more than that.

Musically of course there’s a lot of doom here, but also alternative – almost grunge – elements, a good dose of sludge or post-hardcore, and even noise/improvisation done by musical masters. The whole thing is wrapped in effects and sonic trickery, making ‘Change’ a very hard album to put in a specific box. Which explains why their label characterises them as ‘experimental’. Well, we can confirm that the whole experiment is very enjoyable. And that enjoyment relies strongly on Tanya, who is a real Singer with a capital S: from soft whispers to blood-letting screams, her vocal pallet is impressive. She sounds as if Janis Joplin, Anneke van Giersbergen and Kirk Windstein had reincarnated in one single throat.

This band has been around for more than 10 years, opened for a number of big names (Madder Mortem, Saint Vitus), and ‘Change’ is one of those albums that display a band in total control, and defining their own world. Time more people knew about them!