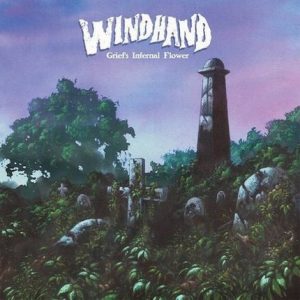 The third release from Virginian five-piece, Windhand, is a far cry from the dreamy and ethereal soundscapes of 2013’s ‘Soma’. Produced by Jack Endino, who has worked alongside everyone from Nirvana to High On Fire, ‘Grief’s Infernal Flower’ is one of the biggest, darkest and heaviest releases to emerge from the doom genre this year. While the band’s previous album relied heavily on haunting atmospheres and reverb, this latest effort leans hard on the weight of the dual guitars, creating a force that’s huge enough to instigate tectonic plate shifts. Deviating away from their fondness of slipping in a mammoth song length of 30 minutes, Windhand have opted this time to break it all down into chunks of between five and 15 minutes, making it that bit more concise. Dorthia Cottrell’s vocals still possess that same awake in sleep quality that floats on top of the guitars, however, now they are made all the more poignant by the crash and tumble of musical accompaniments that are decidedly more commanding.