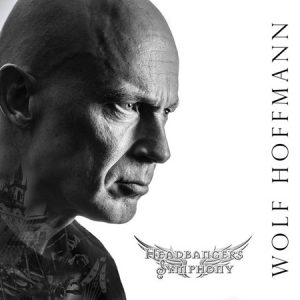 In which the spectacularly-named Accept lead guitarist takes time out from his day job and dips his toes into the oft-choppy waters of heavy metal reinterpretations of classical music. It’s a bold move but Mr Hoffmann has been here before with the Ronseal-titled ‘Classical’ in 1997 and as Accept are on a touring break, it seems he once again feels like flexing his creative musical muscles.

In the 36+ years of Accept’s existence, Hoffmann has demonstrated he certainly knows a thing or two about Heavy Metal Guitar Tone and the (cringingly named) ‘Headbanger’s Symphony’ is a testament to the German’s knack for getting six strings to sound like molten steel. Tone oozes from this record as he delivers his spin on such ‘Classical Moods’ staples as Madame Butterfly, Swan Lake and Night On Bare Mountain. It’s all instrumental, all delivered with instrumental aplomb and of course, it’s all mightily silly but there’s something uniquely charming about the sincere, un-histrionic way Hoffman goes about his business.

We have no idea who on earth this album is meant for – however, even if it is simply a legendary metal guitarist indulging his neo-classical whims, given his prior achievements, only the meanest could begrudge him this.