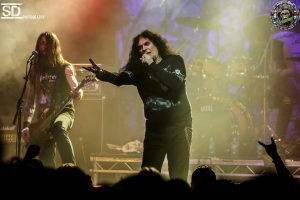 JAGUAR INTERVIEW: “LARS OWES ME A BEER OR TWO” 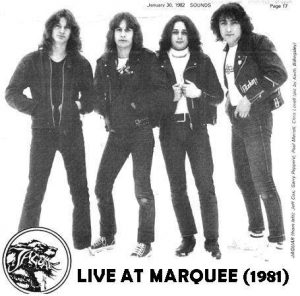 Bristol’s Jaguar are a pioneering band of the prime NWOBHM era. Forming in 1979 shortly after leaving school, their first gig was just prior to the coining of the term NWOBHM by Geoff Barton. Guitarist Garry Peppard and bassist Jeff Cox were joined by singer Rob Reiss and the then 16-year-old Chris Lovell on speed beats. The band were typically influenced by the usual metal gods Motörhead, Priest, Sabbath, UFO and Deep Purple but Garry particularly was also a huge fan of punk. As a result they quickly developed a distinctly fast and raw sound that influenced the birth of speed metal. Jaguar, alongside their friends Raven and Venom were the fastest bands around in the early ’80s. Their pioneering speed and heaviness undoubtedly helped birth the thrash Metal monster that still stalks today.

A couple of killer demos in ’80 and ’81 led to the fast-selling single ‘Back Street Woman’ (Heavy Metal Records, 1981). The band then parted ways with singer Rob Reiss and tracked down Paul Merrell (ex-Stormbringer) to voice their classic period. Legendary label Neat Records snapped them up at this point for the 1982 single ‘Axe Crazy’ and the fantastic ‘Power Games’ (Neat Records, 1983) album.