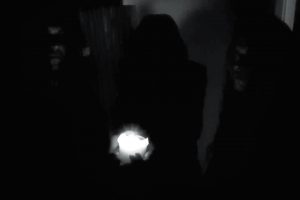 As to the song structuring process, Ciekals explains it thusly: “I write all the music and I record demos that I send to the others. I actually see this as a good thing because we don’t have to rehearse at all. We met up in the studio as a full band for the first time. Everybody does their homework well so there was no stress and we finished the album in four days.

“I’m a big fan of doing things then and there, like the lead guitars – they are mostly improvised. I need to be in the right place in order to create black metal. Whether that’s in my garden or in a dark room, it does not matter, as long as my mind is clouded with the right fog.”

Speaking of black metal, is Ciekals happy to have his creations pigeonholed as such?
“How we are described as by others is not my concern,” he says. “To me black metal never got lost, as I have not changed my opinion about it since I first started it in 1992. Sadly, it got out of hand and people destroyed everything they once did so well. What I have done is created the albums I miss hearing from others. The feelings in what many bands do is so weak that it’s just plain and simply ridiculous. Can you believe that a band like 1349 plays at a fashion show for a trendy jeans company? How far can one get from one’s core? What I am sure of though is that we have crafted an album that is real black metal, and that’s all I care about.”